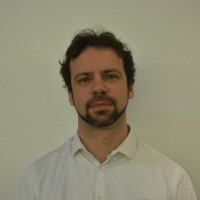 Independent consultant and CEO of the International Federation of Musculoskeletal Research Societies.

Generally are organisations getting better at campaigning since you began your career? If so, what’s changed?

Organisations are getting better at articulating their message, communicating with and effectively mobilising their key audience, and thinking about impact. There is also much more joined-up, partnership working, which I think is very positive. More organisations are also increasingly realising the importance of effective campaigning to achieve their core purpose, even if they don’t necessarily see themselves as a “campaigning” organisation, because achieving large-scale, lasting change almost invariably involves a degree of campaigning and influencing.

In a broader sense, digital communications and social media have clearly changed the landscape enormously, hugely increasing reach and opportunities for engagement, while at the same time shifting power away from organisations and more towards networks. More people are now taking their own campaigning initiatives, and in some cases building a following, but often these activities coalesce around big themes, such as climate change, #MeToo or the Black Lives Matter protests. How change is effected today is less driven by organisations and more by the sometimes almost spontaneous emergence of global movements around big themes, which in some ways is very exciting.

Which campaigner inspires you most?

I’m a big fan of Roger McNamee, an early investor in Facebook and mentor to Mark Zuckerberg who has in recent years become an active and vocal critic of Facebook’s business model and that of other social platform giants, particularly in terms of how it has enabled and is enabling the spread of hate and disinformation. This is the “flip side” of the power of digital, and it represents one of the biggest challenges of our time, which no campaigning organisation can afford to ignore. By championing the cause of reform and accountability, trailblazers like Roger open a path for others to follow, and are creating a genuine movement for a different way of doing things.

Apart from your current organisation which other organisations that campaign do you admire and why?

I’m going to say the Faculty of Sexual and Reproductive Healthcare, where I was Interim CEO for a year. The FSRH represents a clinical specialty and provides training and education for health professionals, but its focus is firmly and genuinely on the people whom this specialty is there to serve. In particular, it has campaigned extensively to improve women’s sexual and reproductive health, not just from a health perspective, but from an empowerment and human rights perspective, which is very important and very powerful. They’re a great example of an organisation really understanding its core purpose, looking at the bigger picture and positioning itself within that. And that is key to achieving lasting impact.

Firstly, wanting to make a difference. That’s the starting point.

Secondly, the ability to read the “lay of the land”, understand what it takes to make change happen, and spot opportunities to do so. If one door is shut, don’t just keep banging on it – look for another entrance.

Thirdly, communication: so much of getting others to care about what you care about, and to take action around it, is about having a clear and strong narrative, and the ability to paint a compelling vision of what you are trying to achieve – and of how each person’s actions can help achieve that.

But there is a fourth attribute, which involves effective partnership working – with your colleagues, with partner organisations, with external stakeholders. It’s about more than teamwork: it involves flexibility, and the ability to make common cause with your allies. As the saying goes, if you want to go fast, go alone, but if you want to go far, go together.

What’s the most rewarding or exciting campaign you’ve worked on and why?

The Hardest Hit campaign on disability benefits, which brought together many different organisations across the health & care and disability sectors and saw the biggest-ever protest against cuts to disability benefits in May 2011. We had a huge rally in London, which Sally Bercow even joined unexpectedly. I instigated the campaign, got the key organisations behind it and led on the initial planning. I also secured a giant postcard specifically drawn for the campaign by Gerald Scarfe. Although disabled people have sadly continued to bear the brunt of successive Conservative governments’ economic policies, it set a really strong marker and brought the entire community together in an unprecedented way.

How do you feel campaigns will change over the next five years?

While it’s early to say what the legacy of the pandemic on campaigning will be, I believe campaigns will increasingly be more integrated, in the sense that they will bring together more people with a broader range of expertise, working together for a shared aim and under a shared banner. Organisationally, this should lead to campaigning being less siloed within an organisation, with campaigners also thinking about sustainability, and everyone else also seeing themselves as having an integral role in external impact.

They will also be less centrally-driven and top-down. More organisations are not just involving their beneficiaries more directly in campaigns work but also increasingly being led by them, and by their grassroots. I think there will be less “campaigns” and more “movement”.

What advice would you give someone starting their career in campaigning today?

There are many ways to achieve change. But all of them involve people working together.