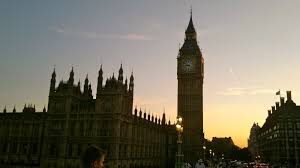 This update is produced by Simple Politics. Simplifying the world of UK politics and helping you stay on top of it. Current laws, debates and processes – they break them all down for you.

This isn’t what you want it to be.

There are local election results today. Local elections are so very important. The impact they have on people’s lives is huge.

What isn’t so huge is the amount you can read into the results.  Let’s have a look at reasons people vote for candidates:

I’ve got to be honest, the last time I voted a friend of mine was standing, so I just voted for him. I guess that highlights that there are personal and varied reasons on top of these.

When we look at a bewildering array of results, there is no way of knowing who has voted for what kind of reason. Would they vote the same in a General Election? We just don’t know. The people in the first bullet will. The rest? No idea.

The news will tell you there is a narrative that we should understand. Maybe they’re right. They normally are. I’d just urge you to take it with a pinch of salt.

On Tuesday it’s the Queen’s Speech and then they’ll have a couple of days debating different bits of the speech.

Same as the Commons, but the Lords have already told us that they’ll be debating Levelling up, communities and transport on Wednesday. We can look forward to home affairs, justice, culture, media and constitution on Thursday.  I wouldn’t expect these debates to capture the headlines.