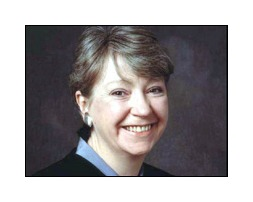 The first time I saw Sheila McKechnie it was on TV. In 1988, I was at university in Exeter hoping to become a primary school teacher. Sheila was this powerful force on BBC’s Question Time – determined, committed and principled. Sir Robin Day chairing the panel, attempting to contain her, but not always succeeding.

I had just started getting involved with my student union and my world was opening up for the first time. And I began to wonder if there was something other than teaching that I could do.

5 years passed, I finished my degree. I had completed a year as a Student Union sabbatical and I had gone around the world.

Now, I was in London, and I started volunteering in the Public Affairs team at Shelter. I was a purist back then. I wouldn’t have volunteered for a charity. Back then, charities largely didn’t campaign. No, I would only volunteer for a campaign. And Shelter was the National Campaign for Homeless People.

I met Sheila first in an induction meeting with two other newcomers to Shelter. It was an rousing 15 minutes, where she told us what she wanted to achieve to improve the homelessness situation and how our roles, and how we could play a part in this.

My desk at Shelter was situated nearest to Sheila’s PA – and though too junior for her to need to interact with me regularly, I got a strong flavour of her work, her interactions and her passion for her campaigning.

The world of campaigning has ballooned in the last 20 years – and setting up The Right Ethos 10 years ago was part of it.

We need more like Sheila McKechnie – more leaders from the charity sector, who have an impact publically on the national agenda. Particularly now in this febrile political climate.

It seems that the personalities and leaders that are being followed are not promoting the social agenda that many of us entered the campaigning and charity sector in the first place.