Ten Most Influential – Campaigns, Advocacy, Policy and Public Affairs in 2018

For the past couple of months, The Right Ethos has been asking for nominations for those who are the most influential  in the non-profit sector working within Campaigns, Advocacy, Policy and Public Affairs in 2018. We had over 300 nominations and on Monday 24th September we announced our Ten Most Influential Campaigners every hour from 8am, on our social media accounts.

The first of our #10influentialcampaigners was Tom Baker, Head of Mobilisation for Save the Children, founder of Campaign Bootcamp, and writer of the Thoughtful Campaigner blog. Those that nominated Tom described him as a “leading thinker and doer in the UK’s campaign space” and said that he “tries new ideas, understands how change happens, and brings people together”. On Twitter, Alice Fuller (@AliceFuller), a campaigner for Save the Children UK, responded to Tom’s nomination by saying Tom “influences not only by having brilliant insights & ideas himself but by enabling others and leading from behind”. Tom is also a successful candidate with The Right Ethos 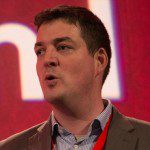 Our next nominee was CEO of Sustain, Kath Dalmeny. Kath has been involved in several initiatives including the Sustainable Fish Cities alliance campaign, which has now won pledges to serve 100% verifiably sustainable fish from caterers that together serve well over 0.7 billion meals a year, the Good Food for Our Money campaign and the Campaign for Better Hospital Food, which have won healthy and sustainable food standards for Whitehall, prisons and parts of the armed forces, and in NHS Standard Contracts for hospitals. Kath responded to her nomination on Twitter (@Kath_Dalmeny) saying “I am very chuffed on behalf of the @UKSustain staff and alliance – we walk arm in arm, in the company of giants. Here’s to healthy, sustainable and fair food and farming. Bloomin’ well worth campaigning for, say I!”. 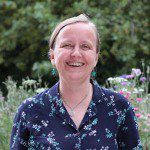 Next up was Matthew Downie, Director of Policy & External Affairs at Crisis. One nomination described Matthew as a “hugely effective campaigner” and said that he had done “amazing work”. On Twitter, Mike Wright (@mikewright0702) congratulated Matt, saying “Really well done, and really well-deserved”. Matt has been a successful client of The Right Ethos. 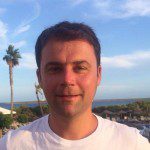 Our fourth nominee was Alison Garnham, Chief Executive of Child Poverty Action Group since 2010. Alison has written about lone parenthood and child poverty, including an edition of Poverty: the Facts, published by CPAG and also writes for the Child Poverty Action Group blog. Those that nominated Alison stated that “CPAG had been a brave voice speaking out on the impact of benefit cuts for many years”. Alison responded to her nomination on Twitter (@alisongcpag) saying: “Blimey! Thank you very much everybody! And thanks for recognising the importance of our campaign to prevent and end child poverty. It doesn’t have to be like this.”. 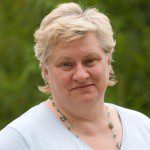 Next was Head of Campaigns for WWF UK, Chris Gee. Chris has led global teams that have achieved major changes in policy and helped stakeholders embed changes in practice. One nomination described Chris as “quietly brilliant at persuading institutional investors to use their influence to bring about change” and stated that he has “delivered impact in ways others find exceptionally difficult”. Another suggested that “when it comes to campaigning, Chris is a breed apart – as a strategist he is second to none”. WWF UK’s Twitter account (@WWF_UK) congratulated Chris, saying “From getting Belize to ban oil drilling to Spain’s govt cancelling river dredging plans threatening Doñana National Park, he’s helped our planet so much”. Chris has been a successful candidate of The Right Ethos. 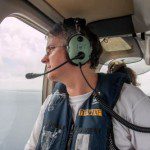 The seventh of our influential campaigners was Alexis Kolodziej, Deputy Director, Policy & Influencing for The Stroke Association. Alexis lead The Stroke Association’s successful campaign for a new National Plan for stroke, which involved a survey with over 55k signatures and endorsement from 19 different clinical organisations, and has said to have “helped transform the way the charity campaigns and influences policy on stroke”. Alexis responded to her nomination on Twitter (@AlexisKolodziej) saying, “Oh wow! This was a huge team effort so an individual recognition feels strange but so pleased the campaign has been recognised. Thanks to everyone who campaigned with us!”. 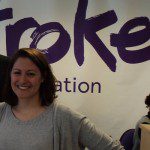 Next up was Kirsty McNeill, Executive Director of Policy, Advocacy & Campaigns for Save the Children UK and founder of thembahq.com. Kirsty has been described as “an inspiration to the next generation of campaigners” and is said to “stand out as one of its great future leadership hopes”. On Twitter, Laurie Lee (@lauriejlee), CEO of CARE International, said Kirsty’s nomination was a “smart choice” and Simon Wright, Director of International Development, Policy, Advocacy & Campaigns at Save the Children, sent his congratulations, saying: “Congratulations @kirstyjmcneill and @MrTomBaker – although we already knew this!”. 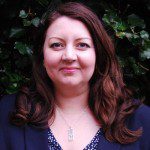 The next person in our list of #10influentialcampaigners was Esmee Russell, Head of Prevention & Campaigns for The Stroke Association. Esmee supported their successful campaign for a new National Plan for stroke in England. On Twitter, Esmee (@vegan__hiker) responded to her nomination saying, “wow, thankyou, I’m touched. And thank you to every other campaigner – all working so hard to make this world a better place. And of course the real campaigners – the thousands of people affected by stroke who have spoken out with us for change”. 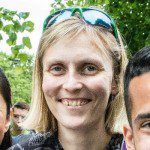 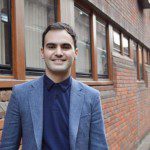